Whisk together the eggs, pounded chestnuts and ginger. Boil and skin the eels and flake the flesh into the mixture. Stuff the Bustard and spit roast until the juices run golden. Serve with spiced wine.

The beginning of Lent is Ash Wednesday and this day begins a period of abstinence commemorating Christ’s 40 days in the wilderness in the Christian tradition. In some medieval monasteries, the monks were forbidden to eat meat on Wednesdays and Fridays and also on the eve of certain festivals and during the forty days of Lent. This, however, did not include fish, so my recipe for the Lenten period is an Eel and Spinach Pie. Some people think that the use of eel during Lent derives from the fact that the eel has a serpent-like appearance and reminded the medieval cooks of the serpent that tempted Eve in the Garden of Eden. Whatever its origins, eel was extremely popular as a delicacy in medieval times. Monks would also use almond milk as an alternative to cow’s milk during Lent and so I have given you a recipe for making this too as you need it for your eel pie.

First put on your fur lined boots and take a small axe with you to the abbey stew pond (Fish pond) to collect four large or eight small eels. The axe is to break the thick ice which will probably cover the pond in these cold February days. Place the eels in a bucket and hurry back to the large fire which I hope is burning brightly in the kitchen. Then, with your hunting knife freshly sharpened, you must behead and skin the eels and chop them into pieces – about 2 thumbs’ widths in length. Plunge the eels into a cauldron of boiling water for a few minutes. I hope that your abbey or castle is a rich one and that you will have plenty of stores of exotic fruits and nuts since this recipe is best made with white almond milk, raisins and dried figs with plenty of ginger and cinnamon, saffron and pepper. I am assuming that some of the Knights in your town have brought these spices back with them from the Crusades.

Take half a tankard of almonds and plunge them into a boiling cauldron for two minutes. Remove them and immediately slip off their tough brown outer skins. Then soak them overnight in a pail of water to plumpen them up. On the morrow, drain them in a sieve and then crush them together in your mortar with a pestle. Add a tankard of warm water and then line a basin with cheesecloth. Pour the mixture into the cheesecloth and squeeze it through, catching the milky liquid in the basin. Now you have your almond milk – a substitute for cow’s milk during Lent!

I hope you have already beheaded your eels using a quick slash of your hunting knife. Skin them and chop them up into lengths of about two thumbs’ width. Boil them for two minutes with salt. Mix your rose water with verjuice and the almond milk you have prepared already. Chop the parsley and grind the raisins and figs in your mortar with the pestle. Wilt the spinach in a small amount of rose water and squeeze out any liquid. Then, in a large mixing bowl, combine the squeezed spinach, parsley, figs, raisins, hazelnuts with the almond milk mixture and honey. Prepare your usual pastry and line a medium pie dish keeping half of the pastry for the top crust. Drain the eels and place a layer of eels in the bottom of the dish. Pour over the mixture of almond milk and spinach, seasoning well with pepper depending on how rich your abbey or castle is. Some Lords and Abbots can be very mean with the pepper as it is so expensive. Roll out a pastry top crust for your pie and make three slashes in the top with your hunting knife in memory of the Holy Trinity – Father, Son and Holy Spirit. Cook in a medium oven for half an hour.

Those of you who have read The Riddle of the Poisoned Monk will know all about Theophilus Sturgeon. He is chief cook to Lord Goslar at Goslar Castle. He is a chef par excellence and always wins the recipe competition that Lord Goslar holds every year. When Charlie Ferret escapes from the sixteenth century witch-hunt and finds himself back in the year 1100, he is forced to work for Sturgeon in the castle kitchens. If you want to know which of his many mouth-watering recipes won the recipe competition when Charlie was working in the kitchen, then you will have to read my book! Meanwhile, you might like to try his latest delicious creation. I have converted his medieval quantities into grams for you. Please take care with the knife! If you can’t catch a hare you might like to make the same recipe with chicken and white wine instead of red. And if you don’t have the good fortune to live in a castle then you can leave your dish to marinade in the fridge!

Take one freshly killed hare. Skin it with the sharpest knife in your kitchen and remove the guts and the bones.

Half a cup of cider vinegar

half a teaspoon of allspice

half a teaspoon of black pepper

Marinade the freshly skinned hare in the wine, vinegar, spices and pepper from one sundown to the next. It is best to leave the hare in the cold cellar beneath your castle kitchen with a cover over it to preserve it from the rats. Lay the bacon over the surface of the hare and fix to a spit over a roaring fire. Place a dripping pan beneath the hare and baste regularly with the remains of the marinade. As the hare is cooking, slice the onion into the dripping pan beneath. When the hare is cooked, place on a serving platter and keep warm by the fire. Quickly bubble up the remains of the marinade in the dripping pan until it is reduced to a thick, spicy sauce. Pour over the succulent hare and serve with roasted fennel and spiced wine. 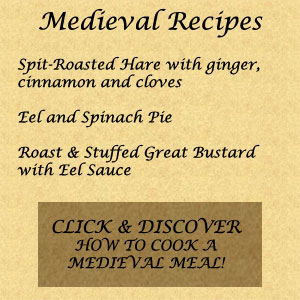 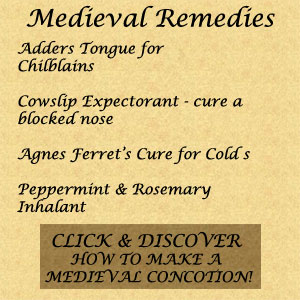 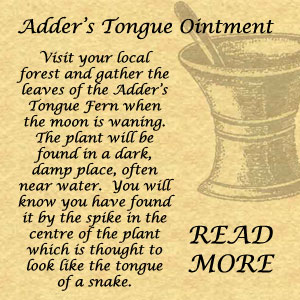 The Forgotten Holocaust: the genocide of the Romani community during the Second World War

Read a selection of recent reviews

My inspiration for A Berlin Love Song

Click here to read Sarah's article on her inspiration for A Berlin Love Song.